ImaginationInnovationExpertiseThese are the tools for moving forward 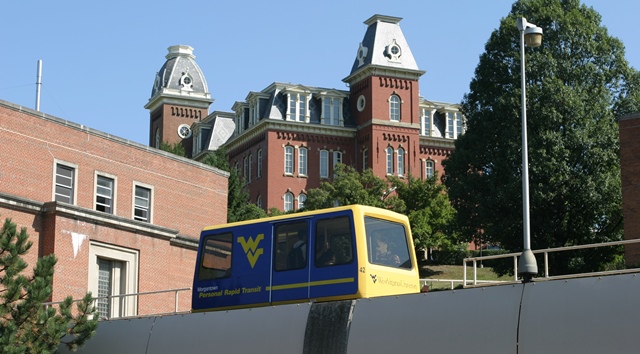 When the Morgantown PRT System opened in 1975, it was considered the most innovative and state-of–the-art transit system in operation. Fast forward 40 years later, the Morgantown PRT still stands in a class of its own, with many system owners and suppliers trying to mimic its station-to-station service. The Morgantown PRT System has provided non-stop, origin-to-destination travel between the separated campuses of West Virginia University (WVU) which includes a total of 913 acres.

Now, the Morgantown PRT system is ready for an upgrade to its automated train control system. Currently, communication with the train is achieved with inductive loops, or cables, that are embedded in the concrete running surface. Over the years, these loops have begun to deteriorate, which has adversely affected the reliability of the system. WVU, the owner and operator of the PRT system, intends to replace the existing automatic train control with a Communications-Based Train Control (CBTC) system, while still maintaining the operating characteristics of the existing system. A radio-based communication system eliminates reliance on inductive loops, thereby improving the availability of the system while also lowering the maintenance costs. Lea+Elliott developed the procurement specifications for the new train control system.

Lea+Elliott has a long-standing relationship with WVU working on the MPRT system, having worked on the early assessment of the Morgantown Phase I system for the Federal Transit Administration (FTA), the PRT system extension study, the PRT System Master Facility Plan, and the PRT vehicle tire evaluation.